Jennifer Douglas is a literary publicist who believes in the right of equality for all authors. With a vision of a world where positivity is the norm and negativity is long forgotten Jennifer works alongside authors creating a marketing and publicity plan that meets the needs of the individual.
With years of experience in publicity, public relations and the marketing industry, which includes working with Allen and Unwin and Palmer Higgs Publishing, Jennifer has become a well sort after reviewer. To work with Jennifer is to know you are working with someone who will not hold back on being open and honest about your book and its marketing possibilities.
Having undertaken many courses in writing and poetry over the years Jennifer has a vast knowledge in the field of writing and reviewing, being able to provide an efficient, effective and professional service. As a qualified Early Childhood Educator and a home educating mum with over 16 years experience, she has a passion for quality children's books and educational resources.
Having spent 6 years as the founder and managing editor of two magazines, Good Gabble and Rattling Reviews, Jennifer has an eye for marketing and sales, knowing what the consumer is looking for and how to reach them. She works individually with each client meeting their needs and the needs of their product. She has many years experience in critiquing websites, placing herself in the shoes of the consumer who is browsing. Many clients return time and time again knowing they will be receiving an honest, open and non judgmental review or critique. Jennifer prides herself on providing a friendly, non threatening and personal service. Her clients are able to contact her personally throughout the whole review process.


For further information on the services Jennifer offers please visit her website www.jenniferdouglasliterarypublicist.com. This blog is a review base only. 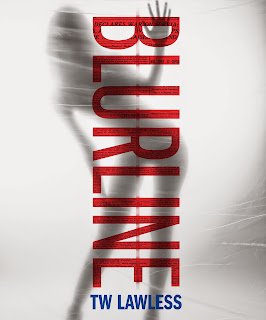 Blurline is the third book in the Peter Clancy series by TW Lawless. Set in London Peter Clancy digs up the dirt on Olivia Michaels, a drug-and-alcohol induced celebrity. He soon finds himself deep in mud as he exposes the ugly secrets that stretch across the entertainment world.

Blurline is TW Lawless at his best. Can Peter Clancy continue to survive in the world of scandalous journalism? Can he succeed in his mission to blow the lid off Britain’s darkest secrets?

Within Blurline TW Lawless touches on a topic that is raw within our media and the celebrity world. Although topical he shows awareness of the fact that this may be a little close to home for some, addressing a scandalous issue with softness and compassion whilst maintaining a read that entertains and relates. The topic of pedophilia has never been as reachable as it is in Blurline. At no time whilst reading Blurline did I feel it was a fictional book of controversy, instead I was caught up in the pages eager to find out what Peter Clancy uncovered next.

TW Lawless does not miss a beat from one book to the other. Blurline carries the characters from Homecountry and Thornydevils nicely, introducing new characters that only compliment. Peter Clancy takes a piece of Australia to London as he maintains his lovable larrikin ways, fitting nicely into the UK setting.

It is hard to do Blurline justice as TW Lawless yet again leaves me on a high note wanting more. He shows that he only grows in strength from book to book. Prior to reading Blurline I was asked to read and review Gun Control by Peter Corris, who is labeled as “The godfather of Australian Crime Fiction.’ Unfortunately, after reading TW Lawless, Peter Corris was a flat read. He lacked the strength in his characters and the thrill and chase that TW Lawless provides. Peter Corris tells a crime story, TW Lawless takes you on the journey. Cliff Hardy tells you what is happening, Peter Clancy takes you with him and shows you one hell of a good time. From a woman’s perspective Peter Corris lacked the love and romance that TW Lawless provides, leaving a more manly read. TW Lawless provides his female readers with Peter Clancy, a male character that easily gets the hormones racing and cupid’s arrow flying. He is a womaniser with a cunningness that you cannot help falling in love with, leading you feeling you could be that one woman who hooks him in and holds him forever.

Blurline has it all - crime, scandal, conflict, drugs, alcohol, love, sex and humour. Just the right mixture of the lot to make this a number one seller. It provides a light hearted read full of adventure, strength and character. As a fictional character Peter Clancy uses his wit and charisma to twirl you around and spit you out, leaving you wanting more. You can’t help but love him whilst wondering how one man can continue to get caught up in the underworld, putting himself at risk. Come on Peter, surely you have learnt your lesson by now? But then men like Peter Clancy never learn. The thrill of a chase, the dirt of others and a salacious life is what drives them forward.

I wait with anticipation and craving for the next book in the Peter Clancy series by TW Lawless.

Available in paperback and ebook www.twlawless.com

Other titles in the Peter Clancy series: 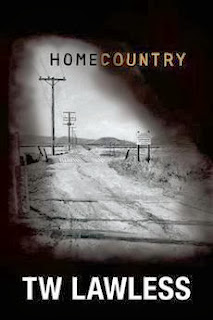 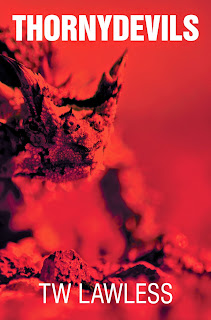 Email ThisBlogThis!Share to TwitterShare to FacebookShare to Pinterest
Labels: Blurline by TW Lawless

Not so long ago I was drifting through some internet sites offering to review or market self-published novels. I was wondering if any review would make my book come alive for readers, agents, or the marketing world in general. I chanced upon your site. "Australia!" I breathed. "How about that." Awfully far away, it was not a promising avenue. Until I read your site and what you offered. Here was a much more hands-on, reviewing and marketing approach. The cost was reasonable and though the review did not promise a five-star finish, and the marketing plan didn't tantalize with guaranteed six figure sales, it did promise care and seriousness. So sincere was the pitch, that I counted out my shekels, e-mailed you, and officially asked you to help me. Imagine my surprise when you turned out to be someone who had the best interests for my novel at heart. You spent much time on an in-depth review and suggested a marketing plan which was going to involve a lot more work for you than I expected; nor did I dream that you would take my work to heart and propose a way of presenting it not just to Australia, but to the whole English speaking world. I always thought I was a dreamer, but you are the dreamer that has made me into a believer about the power of marketing and the importance of having an expert in the field present one's book to the public. Already a joy to work with, you have turned out to be a reviewer that can also market a book and make an author believe that the book he wrote, which he thinks is very good, is going to be seen as great by the wider reading public. That's a gift that's priceless. Thanks for believing in me and strengthening my own appreciation of my work. Is this a partnership? Nope, it is better than that. It is an adventure, one which I am glad to be taking with you. You calmed a lot of my worries, and as you folks say down under, "No more worries mate, no more worries at all!

Katrina Cavanough wanted to thank you very much for the review of her book Wisdom For Your Life. "It was so thorough and amazing...I'm a bit lost for words really"

It's two months since I first contacted Jennifer Douglas. In her immediate reply she wrote " I'm sure I can help you'.

Jennifer's help was phenomenal. With a passion for helping to create high quality work and for assisting authors get the word out about their book, she has been a joy to work with.

Closely collaborating, and constantly giving feedback, she has been unfailing, inspirational and supportive.

As promised, two months after my first contact the review of 'Aspects of Creativity' is already on a wide range of important media sites.

I highly recommend Jennifer Douglas to anyone looking for a very special independent reviewer.

'I was about to write to you to find out how you were going with your
reading of the pile of books we sent and thought “I’ll just browse
through the latest addition” ( Good Gabble Newzine). And what did I find? The most fantastic appreciation of Elizabeth and her work that I have seen. I know what she’s like, but lots of others miss all that you have seen in her. I am deeply moved by what you wrote and have just had the pleasure of printing off the page and giving it to her. She hadn’t realised, just
as I hadn’t, that there was something in there about her. Thank you from me' Ken Mellor

Ken wrote of his appreciation at: http://www.bushfirebook.com.au/blog/

'Thank you so much for your wonderful review. I really enjoyed reading it and loved your appreciation of my work.' Elizabeth Mellor, Artist/Author


Thanks so much for posting your magazine, and for doing such a great job promoting the cook books. Eva Stovern, Caravan Chef

'Thank you! You gave my book such a good review. I am extremely grateful! I will certainly pass your details around. I really like the positivity you are generating.' David Ambrose, Your Life Manual